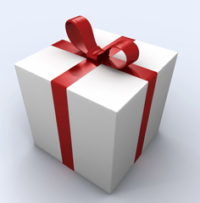 Straight cash or merchandise rewards and travel? Which incentive is considered a better motivator for your organization?  All employees are already motivated by cash – their salaries, bonuses, health plans, paid vacation etc.  Incenting your employees with only cash could start raising questions like “why not just raise my pay or give me more paid time off?”  So why do organizations tend to offer cash incentives over merchandise and travel?  So they think it is easier to manage or that it is really what their employees want?  Either way, it is not the best way to increase drive and performance.  Let’s take a look at why.

Numerous studies have been done to determine which of the two ways of incenting your organizational base is more motivational and drives higher performance. When Professors Scott A. Jeffrey and Gordon K. Adomdza studied 441 call center employees at a financial services company, they found that “people think more frequently about noncash tangible incentives (merchandise and travel) than cash incentives and that as the frequency of thought increases, performance increases,” and “This leads to a larger performance boost for tangible incentives compared to a cash incentive of equal purchasing power.” [Human Performance]

In another study done by a large car retailer, they tested both types of rewards on their sales teams.  The sales teams were offered either $75 to $250 cash or the merchandise equivalent in value for the sale of each vehicle.  Guess what…the group who was incented with the merchandise sold 16% over quota whereas the cash group only sold 2% over quota during the study period.

Don’t forget to share what the merchandise and travel rewards could be.  Studies have shown that when the noncash rewards have not been specified and a hypothetical choice is given between the two, participants tend to choose the cash reward.  This is what psychology professors Victoria A. Shaffer and Hal R. Arkes found.  [Journal of Economic Psychology]  But, as soon as the choice was no longer hypothetical and a specific noncash reward was presented, participants worked harder for the reward. 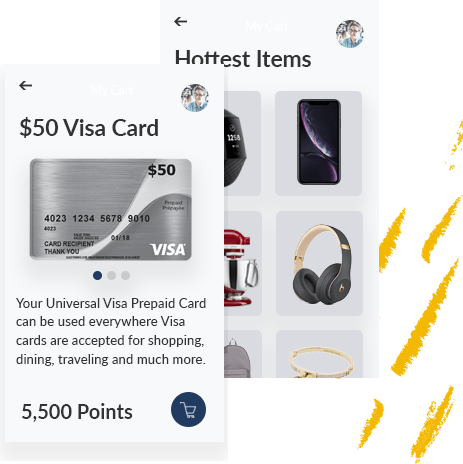 While it is often thought that participants would prefer cash so that they can go and get what they want – merchandise rewards catalogues won’t have everything for everyone – cash is not as tangible and there is less lasting excitement value.  People who receive cash rewards will forget about the excitement of receiving the reward and why they were rewarded almost as soon as the cash has been spent.  However, receiving a new tablet or concert tickets evokes an emotional response and creates lasting memories of when, why and how that item was received.  It is also much easier to visualize merchandise or travel rewards which by default will set goals for participants to strive for and ultimately want to reach resulting in increased performance.

What about gift cards?  A well balanced merchandise and travel rewards catalogue will include gift cards which can be perceived as cash but should be limited to a few large box stores.  Also, giving an employee a $10 coffee card for a job well done will still create memories.

Employees want to feel that the work they do and the time that they put in is recognized and valued.  You want to make sure that your incentive not only does that but that they remember it and even create a buzz about it for a long time after the event of being rewarded.  In the end a more tangible reward that they will see often, like the tablet or hearing a song on the radio from the concert will achieve that memorability and lasting drive.